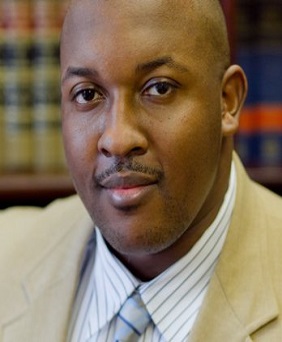 Jonathan Augusta grew up in Humboldt Tennessee, where he attended Humboldt High School. He graduated from the University of Tennessee at Martin in 2001 with a Bachelor of Arts Degree in Communications and Political Science. After graduation, he moved to Nashville to work in the Capital as a full time clerk for the Tennessee House of Representatives. He also clerked on the State & Local Government and Judiciary Subcommittees.

In 2003, he decided to go to Cecil C. Humphrey’s School of Law in Memphis. While in law school, Jonathan served as the law clerk for the Honorable Judge Stokes, for two years. During the summer of 2006, he also served as a volunteer intern for the Honorable J.C. Mclin, Tennessee Court of Criminal Appeals, Western Division. He earned his Juris Doctorate in 2006.

Upon being admitted to practice in Tennessee, Jonathan decided to move back to Nashville to begin a career in personal injury and contract law. For a short time he took a job working for Luvell Glanton, but fate had other things in mind. His desire to help the underprivileged eventually led him to the Davidson County Public Defender’s office. While there Jonathan handled hundreds of criminal cases. After three years, Jonathan chose to leave the public defender’s office and take on a new challenge. He joined the Law Offices of James Flexer in 2009, where he focused on debtor bankruptcy law and general civil litigation. After two years Jonathan decided to open his own firm and shift his focus to help consumers access their federal rights under the bankruptcy court code and system. His goal is to continue to provide his clients with the type of care and attention that he has throughout his legal career.

Jonathan joined with Recovery Law Group to help consumers access their federal rights and file for bankruptcy under the court code and system.